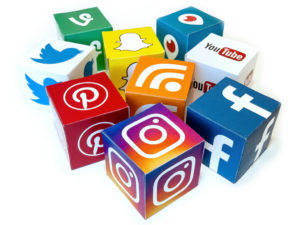 Ed Balls, the former British shadow chancellor of the exchequer, certainly does.

To his great dismay—and the British public’s delight—Ed discovered the pitfalls of accidental tweeting when he tweeted his own name back in 2011.

Ed’s outburst of existential affirmation has been retweeted so many times—83,000—that April 28, the day of the tweet, has become an unofficial holiday in the UK: Ed Balls Day.

At least, that’s how it is for most digital content. Stories, on the other hand, are a little different.

For a start, Stories aren’t like your standard feed posts or tweets, which are lovingly crafted and painstakingly edited. Instead, they’re short, unpolished, and just like the snapshots of life they capture, imperfect.

But Stories aren’t made to last—and that’s the main difference between featured Stories and regular published content. Unlike Ed’s tweet, which will stand forever as a monument of marble in the digital landscape, Stories are fleeting and nomadic, programmed to self-destruct within 24 hours whether you open them or not.

You might think their transience would make them less popular. Yet the recent revelation that the number of Stories is growing 15X faster than feeds suggests that being short-lived doesn’t make them any less attractive. If anything, it makes them more interesting.

Think of it this way: clicking on permanent content is like visiting an attraction in the place where you live. You’re not going anywhere; it’s not going anywhere; you pretty much know what you’re going to get, so you figure you’ll just come back later. Stories are like must-see attractions abroad; they’re ephemeral, whistle-stop. Blink, and you miss them.

How does this relate to digital marketing?

On the face of it, publishing content that vanishes 24 hours after its publication doesn’t sound like the smartest marketing strategy in the world. But Stories are on the ascendancy, cropping up on YouTube, Google, and Netflix as well as still being part and parcel of Snapchat, Facebook, and Instagram. To neglect Stories is to risk damaging your business. Our guide aims to help you incorporate them into your digital marketing strategy.

When we scroll through Facebook, Twitter, Snapchat and Instagram feeds we’re usually looking to be transported elsewhere, to learn, or simply to be entertained. We’re not scrolling looking for someone to sell us stuff. So when someone we’re following suddenly shows up on our feed and bombards us with price tags and subscription plans, we’re likely to respond in one way:

The same goes for Stories. Stories aren’t for sales pitches but chiefly for sharing. When used well, they provide a platform for you to promote your values, and your brand’s, and share relevant, entertaining content with your followers. When used brilliantly, Stories do more than just share your message; they contribute to the conversations your followers are having, and offer advice on where they can go. Essentially, the best Stories establish trust.

Take Amy Buechler’s Snapchat account (Jujubeeks), for example. She’s an associate at Y Combinator, a community that funds early-stage startups. And, fittingly, her Stories consist of short stress-relieving sessions advising founders on what they can do to avoid their startup’s breakup. Why is this effective? Because it locates her followers at the center of their own story—a story in which she plays the fringe, yet vital role of the sage counselor.

This compassionate approach to the Stories feature is crucial for effective user engagement. And nowhere is this truer than on Snapchat, which is still regarded as one of the most effective tools for startups. Most Snapchat users are millennials, so understanding this demographic is vital when it comes to designing your stories. And millennials as a demographic aren’t going to respond well to having their online space invaded by dodgy salesmen.

2) The best stories are nonfiction

When it comes to sniffing out what’s genuine and what’s contrived in the world of marketing, our noses are getting sharper. Which means that stories that come across as fake or insincere are more likely to flop. For proof, just look at that Coca-Cola commercial, pulled in 2015, which showed millennials with picture-perfect pearly white smiles being ferried into a remote Mexican village to deliver shipments of Coca-Cola to a downtrodden community of grateful natives.

Long a staple of corporate advertising, this white-savior narrative no longer washes. Millennials definitely aren’t buying it—something we know because they’ve recently come out and said so themselves. According to a recent report, 40 percent of millennials would be willing to pay more for a brand that’s ethically conscious, while more than 50 percent believe it’s important that businesses are transparent about their practices.

Where’s the best place for your brand to showcase its ethical credentials? The key lies with the Stories you share.

No organization has done this as effectively as the World Wildlife Fund (WWF) with its #LastSelfie campaign back in 2014. Launched to raise awareness of endangered animals, the campaign consisted of a series of Snapchat photos, each featuring an endangered species. Each clip lasted just 10 seconds before vanishing, reflecting the limited lifespan of the species itself. The campaign caught on. Reaching 120 million users meant that within three days of its launch the WWF had met its monthly donation target. 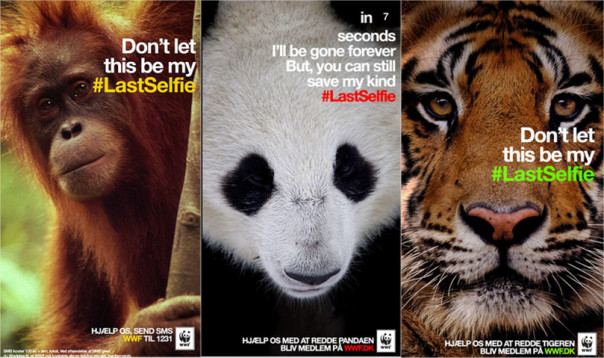 So far I’ve talked a lot about Snapchat, and for good reason. It’s a global name, it has 100 million daily active users, and its daily video views are increasing by 400 percent every year. But put statistics to one side and it’s the simple format that stands out. Snaps shot from your phone encourage simplicity. Not everything shines; not everything is glossy. Because of this, Snapchat shifts emphasis from content of superficial value to content of intrinsic value.

The same cannot be said for Instagram. At its best, the Instagram community can be genuine, interesting and buzzing. At its photoshopped worst, Instagram can be glossy, repetitive and artificial, filtering a perfect version of the world that frustrates as much as it misleads. This isn’t to say Instagram is redundant. But you should be careful how you use it. After all, showing your office layout, pre-event setup or even your family life through an idealized filter isn’t going to sit well with people expecting some down-to-earth honesty. 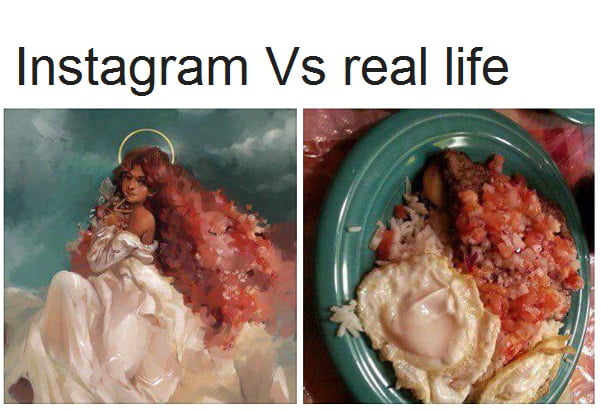 The difference between Snapchat and Instagram is crucial. Especially because it raises two important questions you’re going to have to answer:

Which social media does my audience use, and what does it expect to find there?

I’ve already published a post about how you can find your real audience. Live among their world, find out where they hang out, learn their language. For Stories, language isn’t just textual, it’s visual too. And if you’re going to resonate with your audience, you’re going to have to personalize yours to fit.

3) Stories should be personal

One of the ugliest aspects of the corporate jargon that’s come to characterize so much of today’s business language is that it can make us forget that companies aren’t logos. Companies are made up of the individuals who work there. Stories are the perfect way of leaving behind that preened corporate image and showcasing the human side of the business world.

We’re not just talking about B2C here. There’s no reason stories in B2B can’t be just as personal as the stories we tell our friends when we tell them in the right way. For a great example of how a B2B company is mastering personal storytelling, look no further than Cisco.

By using a “day in the life” format in its Stories campaign, Cisco has moved the focus away from its products to its people. Sure, it’s simple. But since the account’s launch in May 2016, it’s seen a 600 percent follower increase week over week. 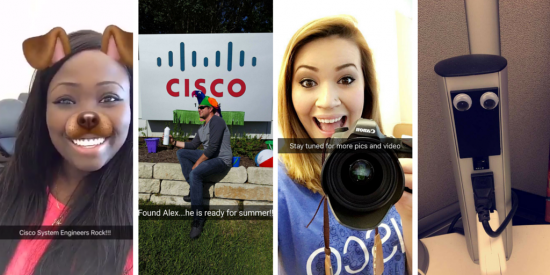 By showcasing the people behind the company, Cisco’s “day in the life of” Stories works wonders

Another Snapchat account, one that belongs to an individual rather than a company is that of Jason Calacanis, the founder of Inside.com and an investor in various startups. Jason’s Stories are helpful for like-minded entrepreneurs because they give us the scoop on related startups. And they’re fundamentally human—focusing on his family, his daughter, and his pets—giving us a real person to root for.

4) Start with stories. End with a series.

Establishing a brand is about building familiarity, and Stories have enormous potential in helping us do this. Their format makes them visible but not intrusive. They don’t spam your users’ news feeds and they don’t clog up your own page. And as I mentioned toward the beginning, their ephemeral nature is what makes them alluring. But the fact they have a 24-hour lifespan means that if you want to be visible, you’re going to publish. A lot.

Of course, no storyteller would start without knowing which direction their narrative was headed (with the obvious exception of J.J. Abrams when he wrote the screenplay for Lost). And as that series showed, going in all guns blazing without an overarching plan is only going to confuse, alienate, and lose followers.

This is where planning and creativity come in.

Before setting out on your digital marketing campaign, you want a clear vision of the direction your brand is heading—a compelling brand story starting with your brand’s “Big Bang” and ending with the completion of its mission. If weaving this narrative sounds difficult, don’t worry. Storytelling is what we do.

Whatever your story or your vision, we’d love to hear it. Talk to us.

A 15-year veteran of the journalism and media industries, Ben loves to energize audiences about the frontiers of science, culture and technology — and the ways all these come together.

Why Does Most Digital Copy Fail? 9 Problems to Watch Out For
Scroll to top
Schedule Your Free Consultation